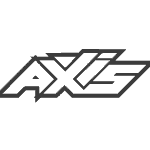 The strength and stiffness of our AXIS Power Carbon and Power Carbon High Modulus Masts have opened up the potential for developing wings we could only dream about prior to our development and testing cycles for these new masts. Originally the PNG1310 was designated the Ultimate Pumping Machine, and it certainly proved its point in getting Hugo Wigglesworth to smash all standing pump records with an unprecedented 17+ minute masterclass.

However, in further testing, it proved so much more. The PNG1310 is an amazing light wind/big guy front wing. Our team riders were amazed at its ability to get going in almost no wind and provided the possibility to drop the wing at their side at will and simply pump upwind.

What makes the PNG1310 work isn’t simply its span. We have completely redesigned the PNG foil section for the PNG1310 with a focus on maximizing the performance and glide of this massive front wing.

Performance that can best be tapped when used in conjunction with our new Power Carbon and Power Carbon High Modulus masts. The AXIS PNG1310 will amaze you as it turns the tiniest waves into a fun playground. This wing really resonated with our larger test riders, but also with anyone in areas that aren’t blessed with great surf and winds that rarely get above 8 knots.

If you have ambitions of posting a pumping record, or like many of us just want to pull off a successful dock start this is the wing for you. The PNG1310 is accessible to learners, and advanced riders alike. You can make the most out of the PNG1310 when combined with the Power Carbon or the Power Carbon High Modulus masts.